If you haven’t heard about the Resano family from Playa Popoyo Nicaragua its about time you look up some of there movies. The family live at Playa Popoyo in Nicaragua. The dad Manuel Resano is a hella good surfer, but the cool thing with the family is hes three daughters. The two older once are surfing bigger waves then I do and I am sure they all going pro one day.

I had the pleasure to surf with the dad and two of his daughters at the main break at Popoyo some years ago. Manuel pushed hes daughters into the biggest sets and it was epic to see. Later that week Erica and I was lucky enough to share a table with them at the loca pizza place. They are some cool young girls!

This photo is of his middle daughter surfing! 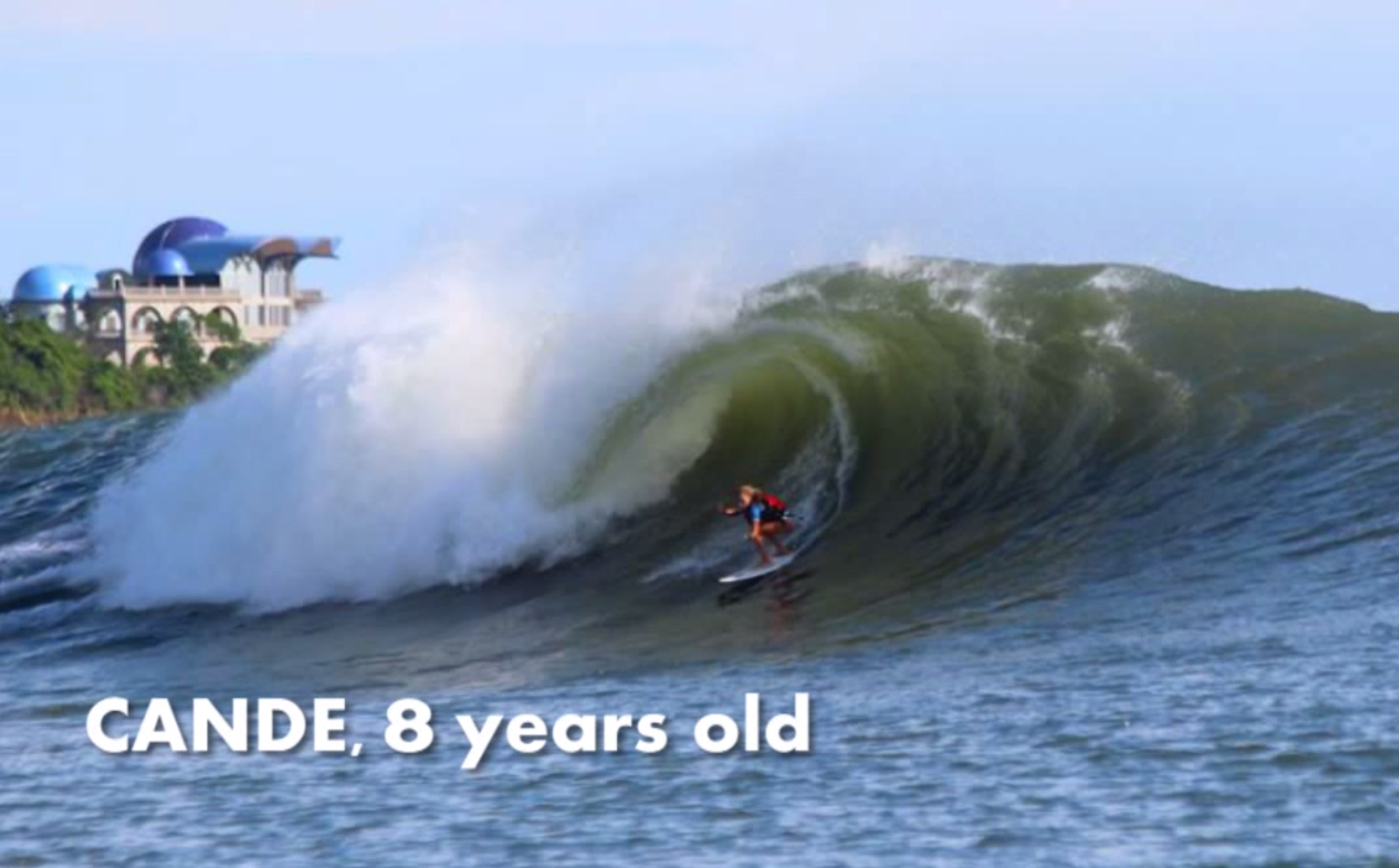 And this is the latest movie of his daughters surfing

It has been a couple of days since last time. What happened is that Erica and I left Las Penitas Sunday morning to get to a place called Potosi. From Potosi which a small village in northern Nicaragua we were supposed to take a boat Monday morning to El Salvador. On Monday morning 9AM became 10PM and 10PM came 11PM, and this went on the whole day. We ended up calling the hostel in El Salvador who planned the route and promised us that it would be a boat there Monday morning. They said that there was nothing they could do and that we would get a night for free when we showed up the next day. Well same thing happened the next day. Erica and I spent another day waiting for a boat to get to El Salvador. The guy working at the border, (which probably is the least busy border in the world) told us that there wasn´t any boat because there wasn´t any fish to trade. Now we know the real meaning of the expression “mana mana”.

We called the hostel again that night and they thought that we left and went somewhere else. They couldn´t believe that we were still there and promised that we could stay for free for ever at their hostel when we got there. So we spent another night but the same thing hapend again, no boat.

That was enough. We decided to travel back to Chinadega and go to El Salvador by buss, and that’s what we are doing right now. At the moment we are at a hotel just across the border from Nicaragua, 45 minutes into Honduras. Tomorrow we are going to wake up early and catch a bus to the El Salvadorian border and try to get to Las Flores asp, and cash in one free week.

Big thanks to a local family from Honduras who more or less helped us across the border and then drove us and checked us in to the hotel we are staying at. Amazing what some bad jokes in pore Spanish can do 😉 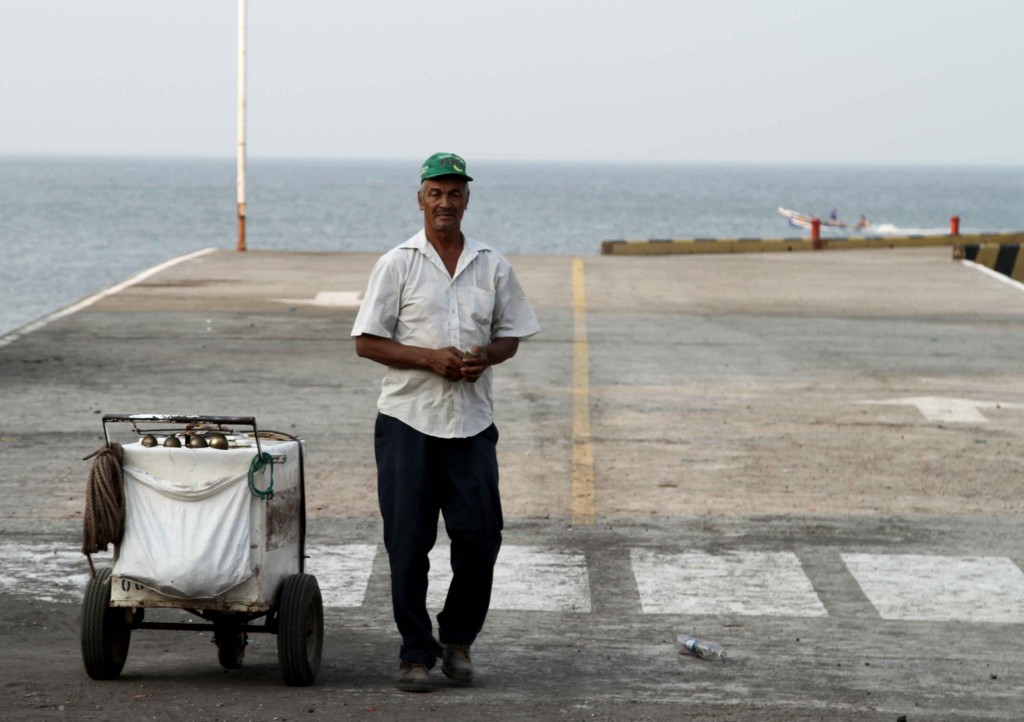 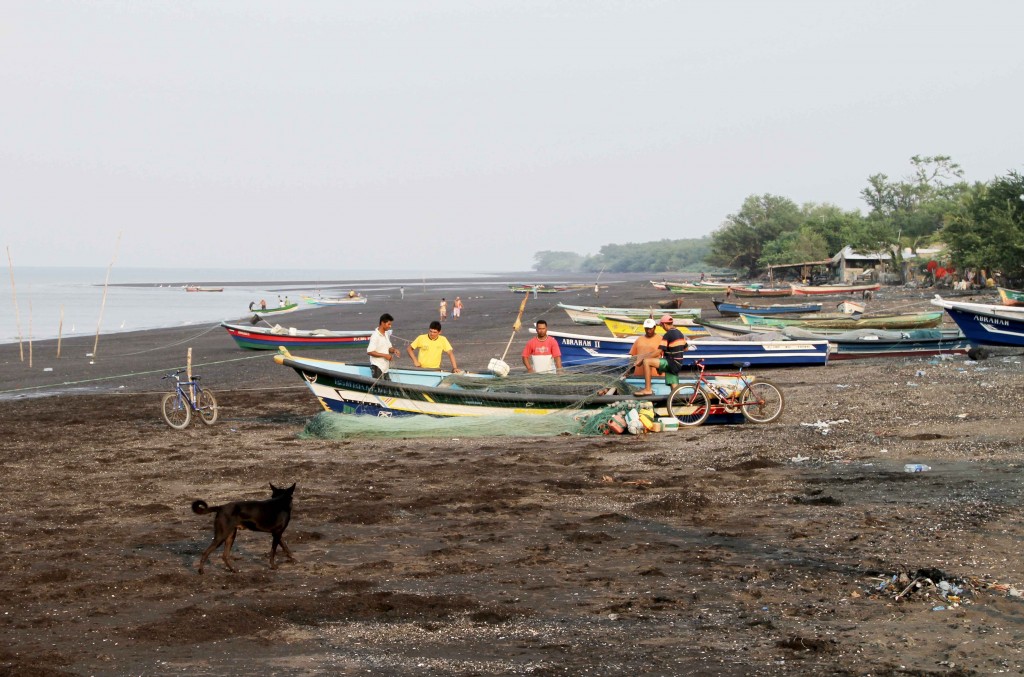 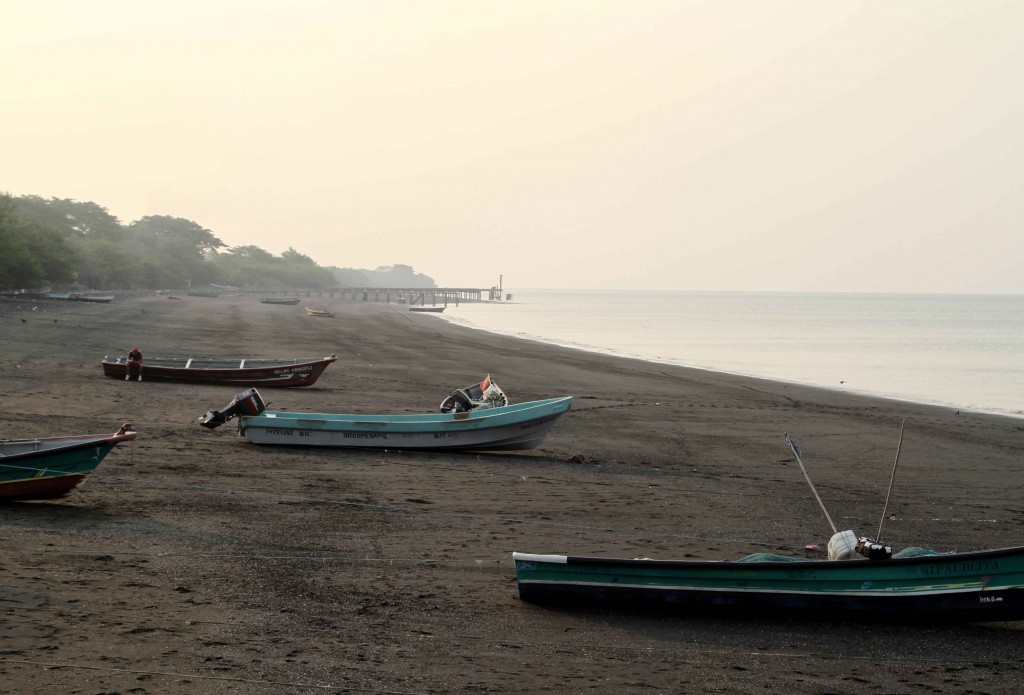 Now we are at a place called Las Peñitas. We ended up going here with a cab any way. The taxi driver gave us a good deal and we couldn´t say no 😉 When we first got here the waves didn´t look to good, so we just walked around and snapped some photos. 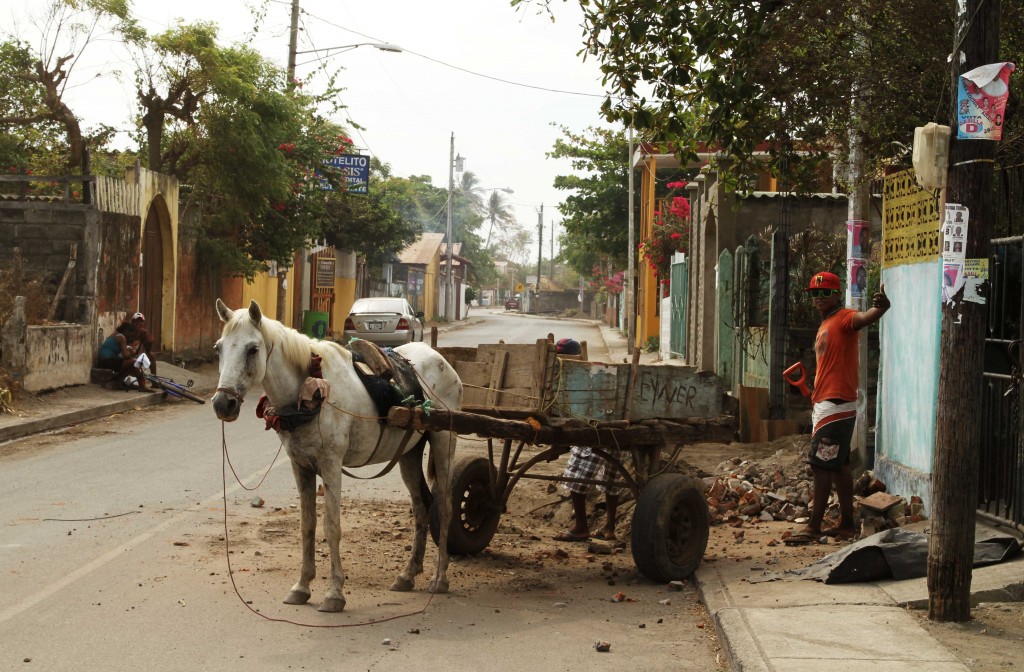 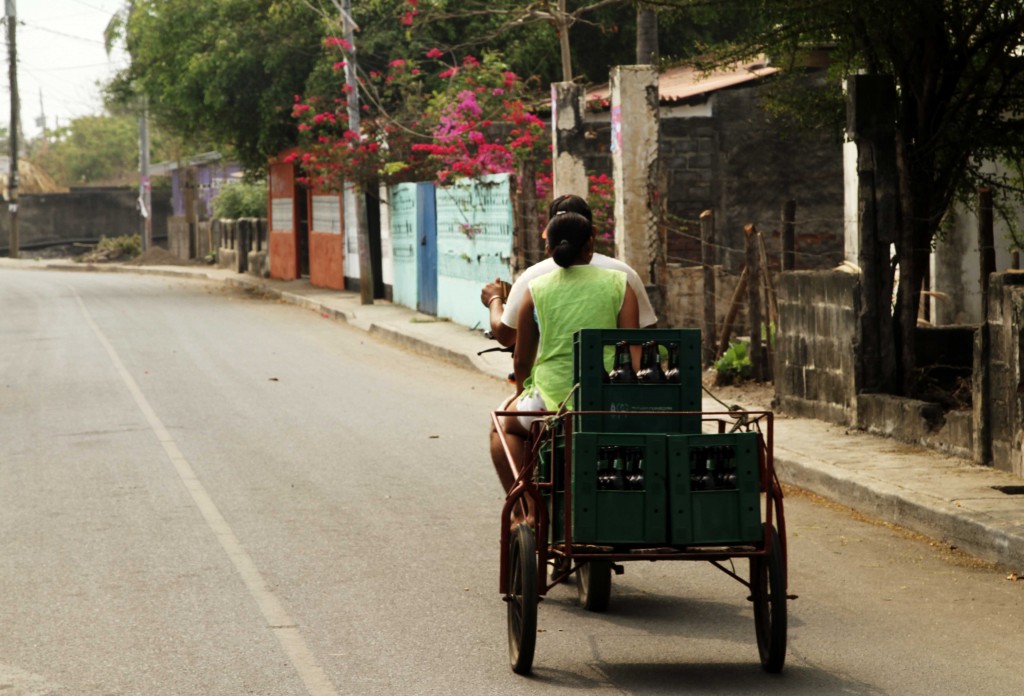 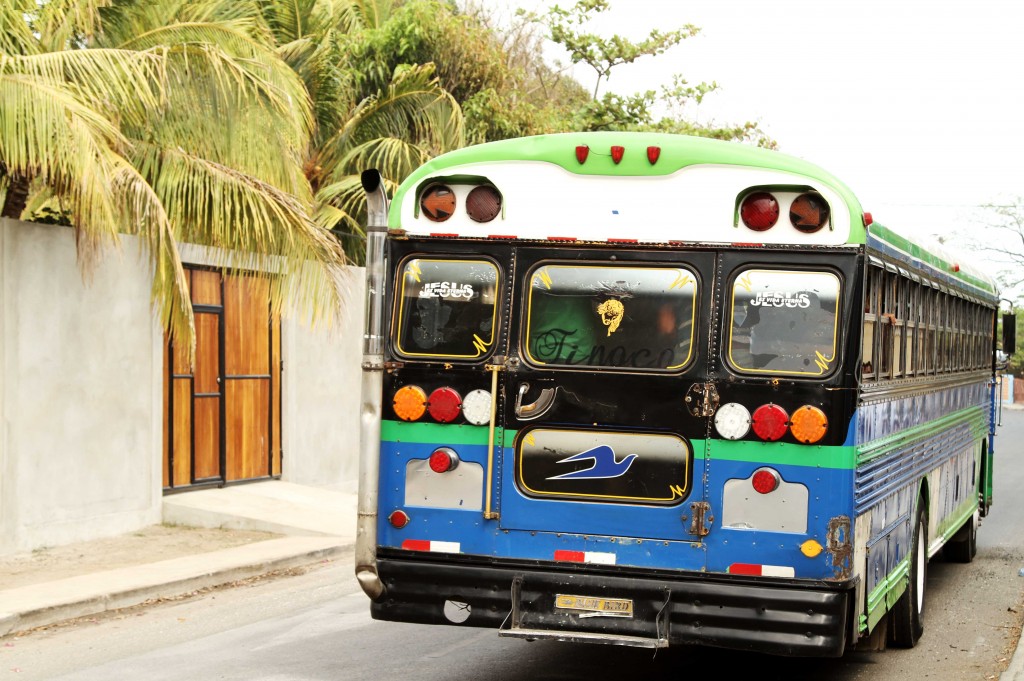 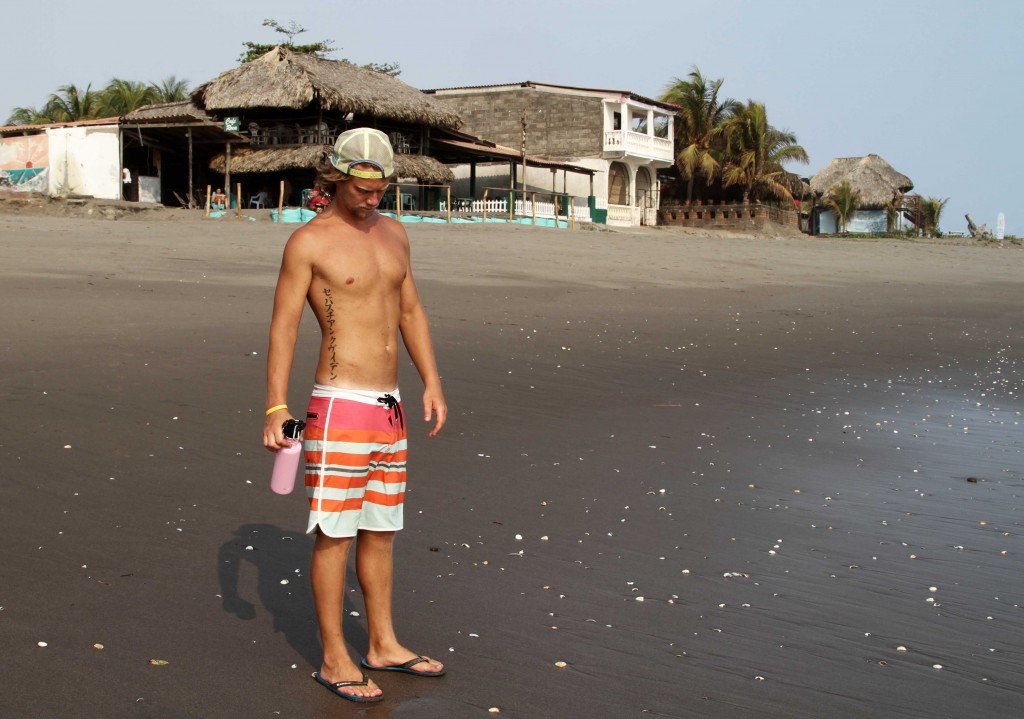 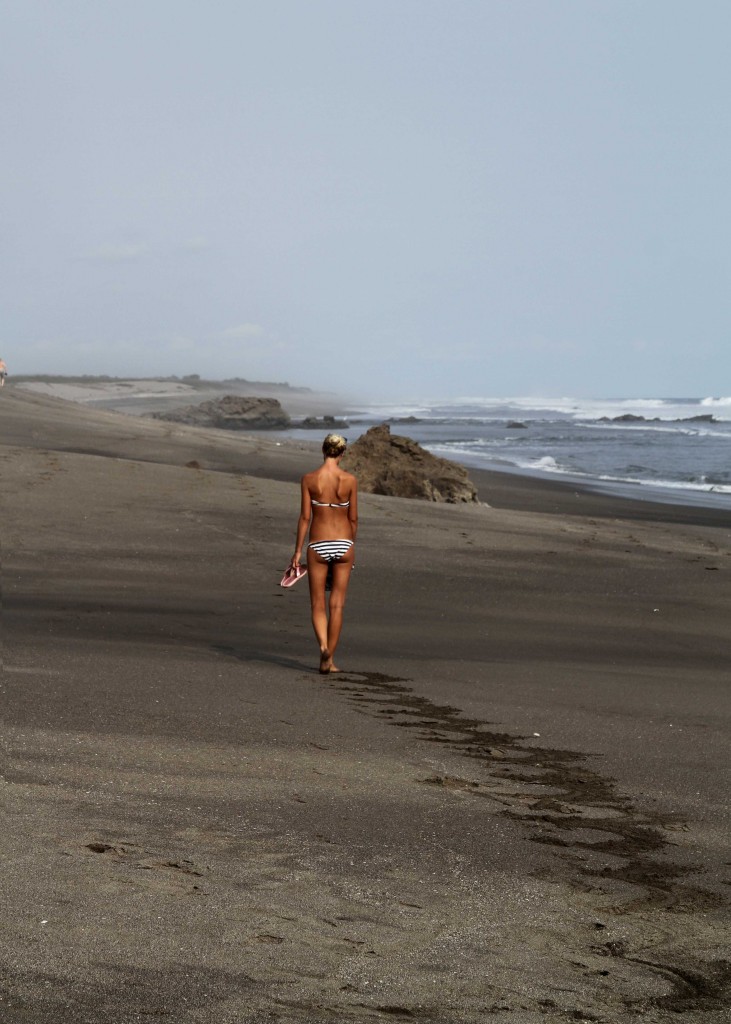 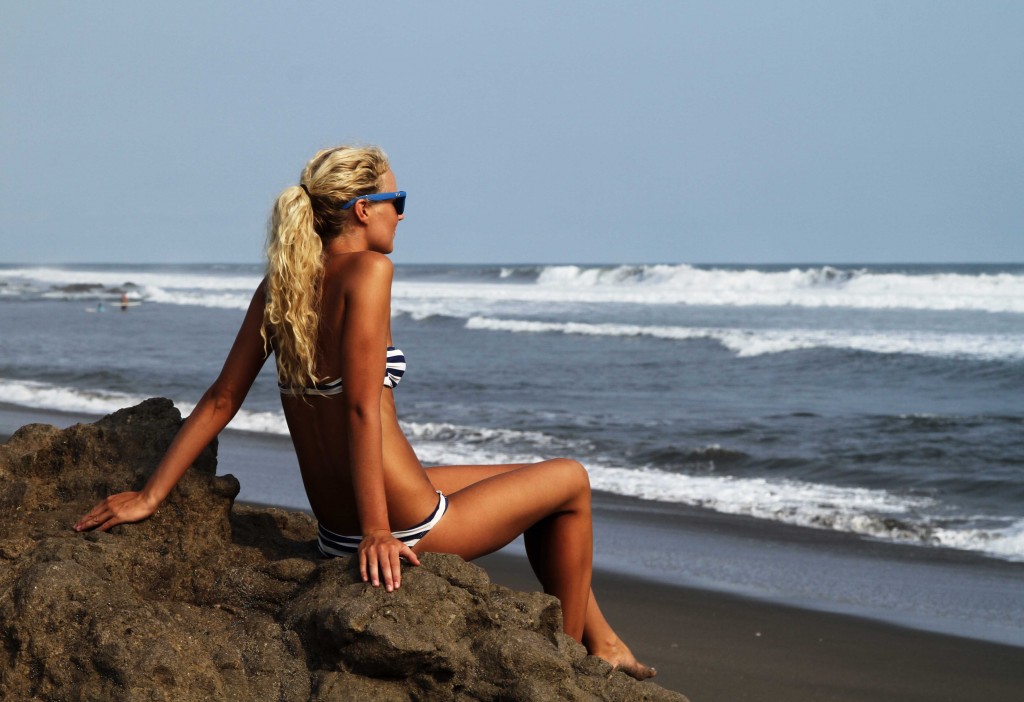 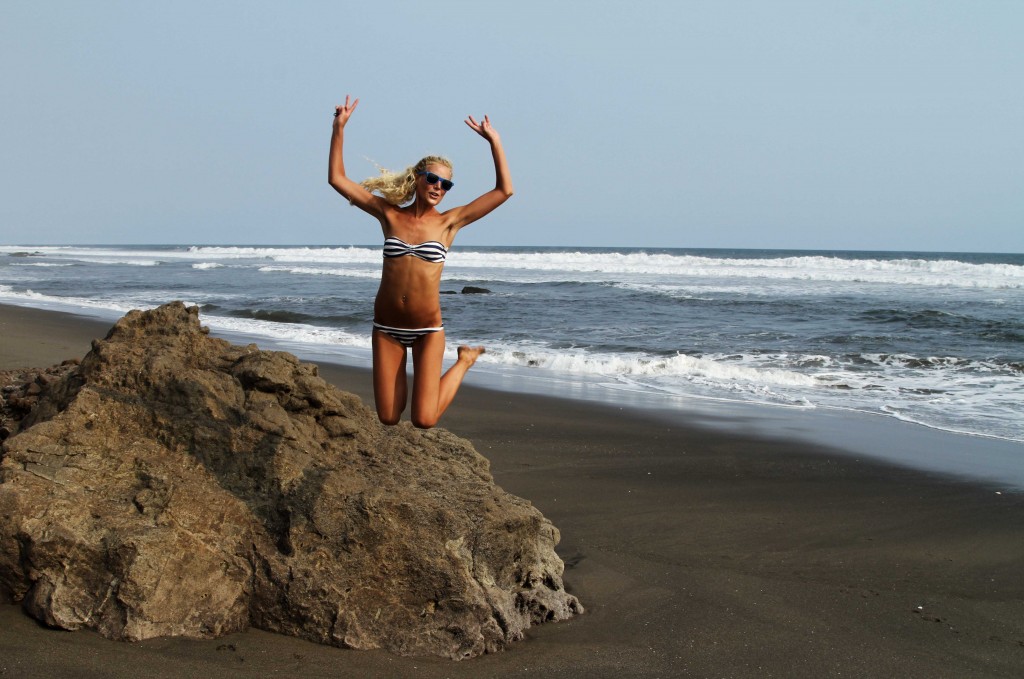 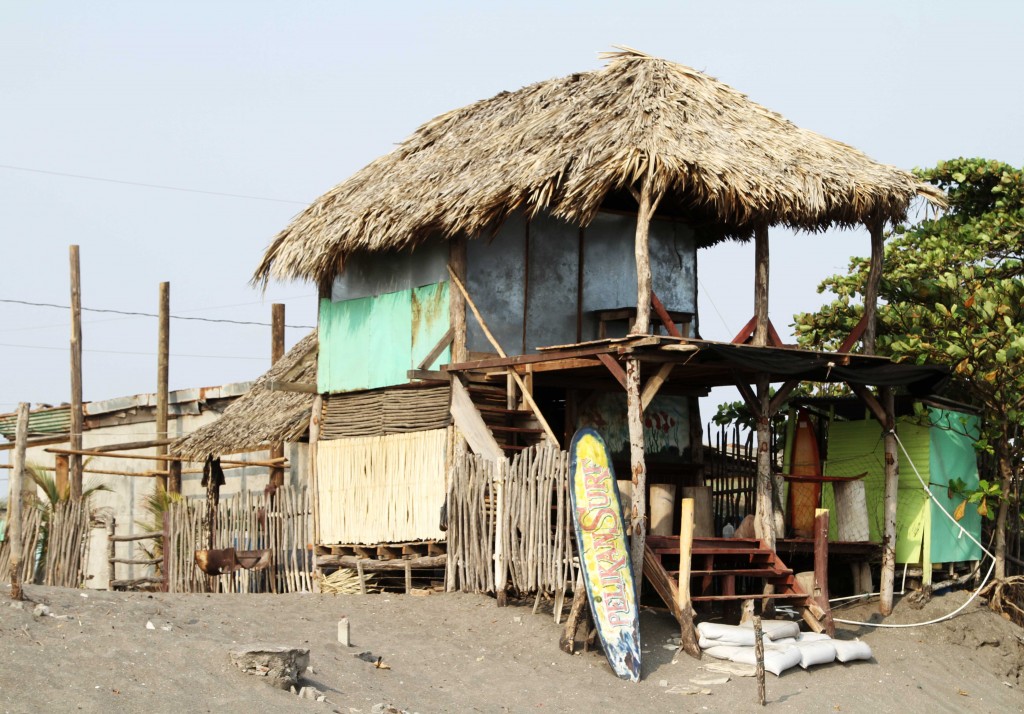 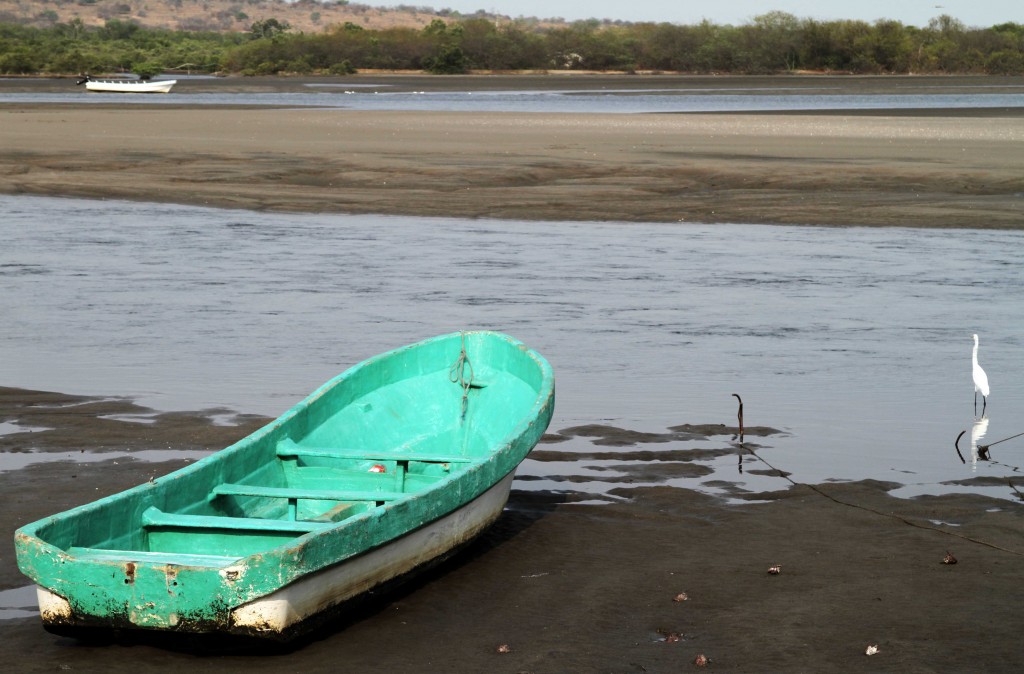 The next morning when Erica and I cruised down to the beach, the waves still didn´t look that good. After breakfast a local surfer called Alex who I talked to the day before stopped by and told me that the waves were better now. Probably the first time a local guy picked me up to go surfing. The spirit were really good out in the water and the waves weren´t that bad. Tomorrow ill bring the cameras down.

Since I was stung by the jellyfish I spent most of my days on land in the shadow. Erica and I also went to get some medicine for the inflammation the other day. This morning I feel find and I am going the get into the water again. The swell started to pick up last night so this morning it suppose the be really good, and some decent size. Maybe today is the day to get a proper tube 😉

I put together some recordings from the first couple of days here.

When I paddled out this morning it felt like something hurt. Half way out I saw that the ocean was full of jellyfishes, and when I say full I mean like hundred thousand plus. I thought they would disappear at the lineup, but no. When the wave broke a stroke of jellyfishes went over the fall every time. Since I paddled out without a t-shirt or a rashguard I lasted for about 15 minutes. The result is that my body looks like I fall asleep in anthill. Erica just put on some cortisone lotion all over me. Ill guess I’ll see in the morning if it worked or not.

The good news is that Erica got some good photos of me yesterday, surfing the break next to Popoyo. Not any good barrels so far, but I am working on it. I have been surfing with a couple of guys from Spain and South Africa, and they sure know how to catch a barrel. Maybe tomorrow is the day for me 😉 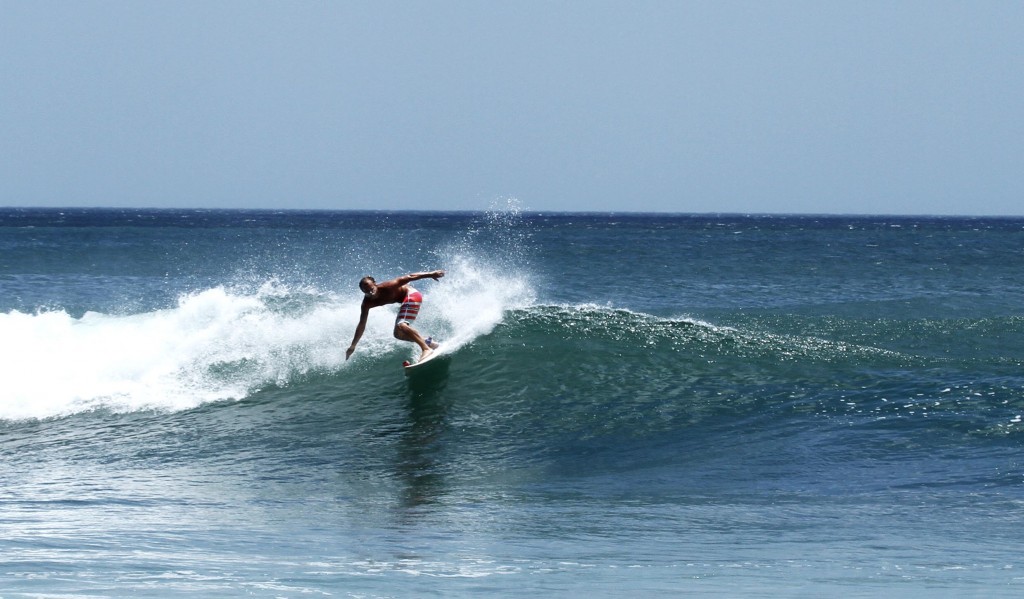 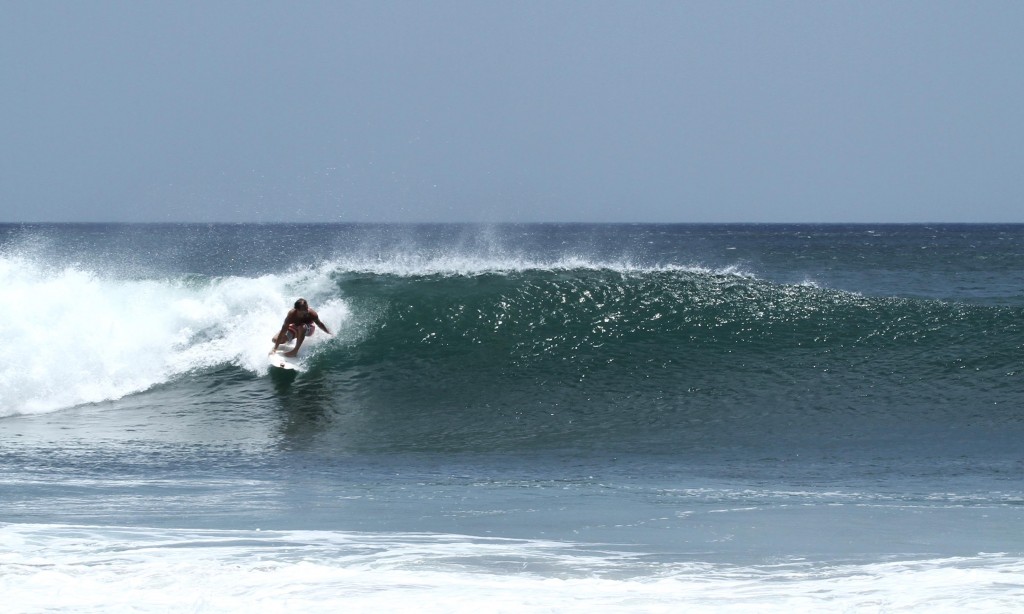 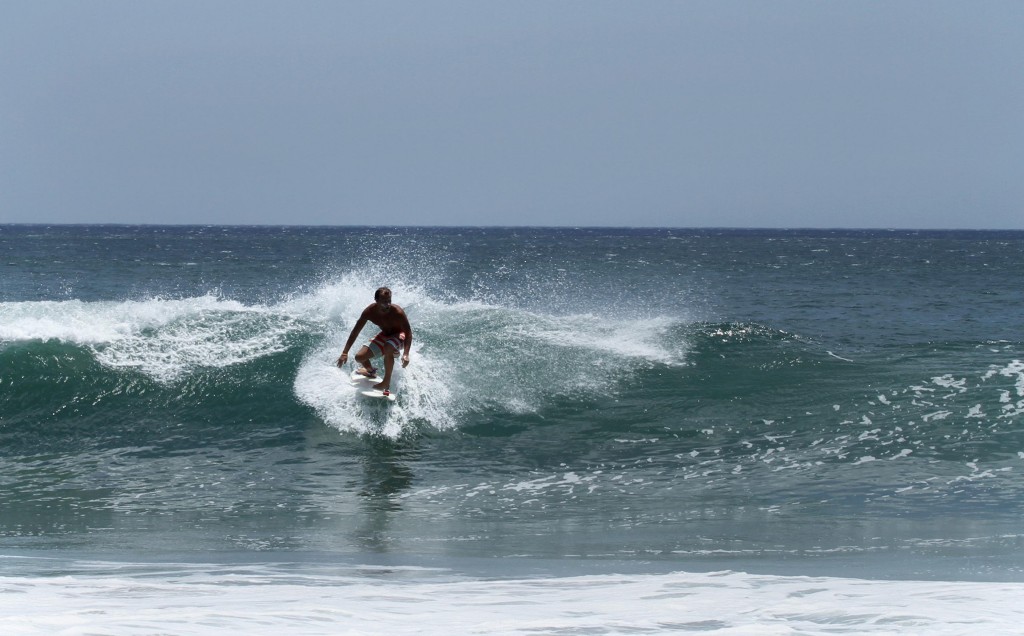 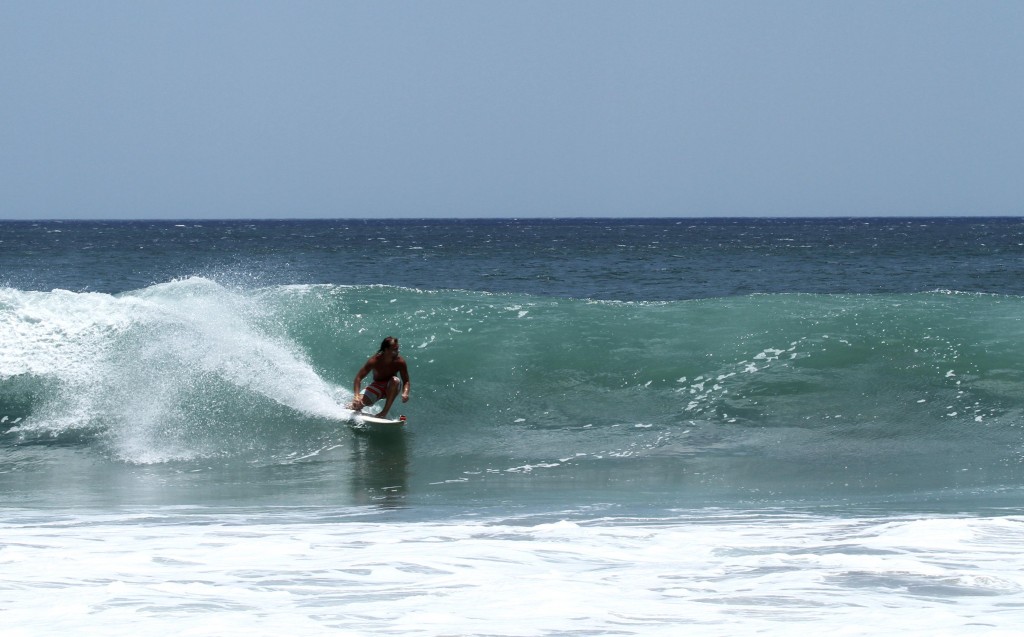