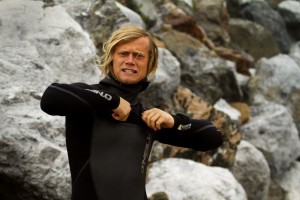 My name is Sebastian. I am born in Sweden. When I was in high school I did a lot of martial art and as much snowboard as I could. After my high school exam i worked for about a year to earn some money to be able to travel. Me and a friend went to Ecuador to do some backpacking and try surfing. After a month or so backpacking in the Amazons and Galapagos we went out to a small village on the cost called Canoa. That´s the place were I felled in love with surfing. Every since then I have been spending all my money on traveling, surfboards and camera equipment. I have been documenting the past years on diffident blogs, and what you see here are the result so far.
Surfing have been taking me all around the world. I spent seven months in Central America surfbuming. After working the summer in Sweden I went down do Spain to study more spanish and to be able to surf more. I spent about three months in Spain before it was time to move on. Santa Barbara was the next step for me since I wanted to start at college. I did about a year over CA before it was time to move home to finish my studies were its free. And that’s what I am doing right now. I got about one more year to go before I am a graduated engineer, but I haven’t stoped surfing just because I moved home. I take every single chance to get some waves. We do have some waves here, but when I have time me and my friends try to go up to Norway as often as we can. The Canary Island are close to, and I have been there a couple of times the last two years and scored every time.

That´s it for now! The beers are cold and waiting to on me! Later

Before I blogged here I use t blog at: